LGBT traveling: 10 countries to visit and 10 to avoid 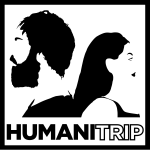 Before knowing the wonderful, lent and virile man who is Marco (this he did me write), which made me totally lose my mind two years ago, I confess that for most of my adult life I had exclusively partners women.

As a lover of travel and gay, I propose this list of 10 countries to avoid or in which to take some measures, and 10 countries in which laws and mentalities will allow you to enjoy the trip without worries. At the end of the article you will also find a summary map.

The password is, as in any journey, "GET INFORMED". Because traveling is beautiful, but also not going to jail (or worse) could be a good idea.

Is egalitarian marriage in force in that country? How long? Is homosexuality considered a crime? Are there any significant episodes of recent news with a homophobic background? Will it be necessary to keep a low profile?

Given the topic I can also add "PROTECT YOURSELF", That is, adopt the right precautions to protect yourself and your partner. I came out at the age of 11 and I always did activism with anyone (famous apocalyptic fights with my grandmother are mindful of them); while traveling, I had to adopt, in spite of myself, some measures to protect myself.

Spain and Islandsin the very catholic Spain egalitarian marriage has been in place since 2005, as well as adoptions, reversibility and assisted insemination.

Northern Europe: Norway, Iceland, Finland, Sweden, Denmark ... what can I tell you to do? They are extraordinary countries, light years ahead.

Germany: Equal marriage introduced in 2017, civil unions introduced in 2001. Episodes of aggression increasing in recent years (however much lower than those recorded in Italy).

USA: To be evaluated State by State. To say, in the state of New York the law against sodomy was repealed in 1980, while in Mississippi until 2003 was punished with a maximum of 10 years imprisonment.

Netherlands:Holland was the first country in the world to introduce civil unions. Green light!

Japan: At the moment the egalitarian marriage is not present, but the contract abroad is recognized. Public utterances of affection are considered unbecoming regardless of sexual orientation. No particular episodes of homophobia are recorded.

WHERE DO NOT GO? AND WHERE TO GO BY WAITING?

Turkey: Despite the fact that Istanbul has been considered one of the Eastern LGBT capitals in recent years, it has undergone a very strong repression in recent years. All gay pride and LGBT events in general are banned since 2015. Extraordinary country if visited "in plain clothes", without public demonstrations of affection that could create problems. It's a "Neither yes nor no".

Croatia: Wonderful, economic, hospitable. Gay marriage was made unconstitutional with a referendum in 2013. Sporadic homophobic attacks are recorded. To be visited generally "in bourgeois".

Russia: Putin. I said everything. Maybe when they decide to leave this late medieval phase, who knows. For now NO, NO and NO.

MalaysiaDespite the fact that neighboring Philippines and Thailand are generally gay friendly countries, Malaysia still adopts the penal codes of the British colonial era which consider any type of homosexual activity illegal.

Lithuania: As above, slightly less repressive but with a long way to go. Thanks again, Putin.

Africa: Situation to be considered State by State. Climate generally difficult, ranging between prison and the death penalty for the crime of homosexuality.

Guyana: The only state in South America that considers homosexual activity illegal, with sentences from a few years of imprisonment up to life imprisonment.

Egypt: An extraordinary country with an incredible ancient culture, it considers homosexuality illegal and strongly represses it.

Brazil: I have spent many years of my life in Brazil, I consider it my second homeland. Despite this, especially with the advent of this last term, I would recommend it only if visited with caution due to increasing and less and less persecuted episodes of homophobia.

India: Homosexuality has been decriminalized by the will of the supreme court in 2018. However, current events show that, despite the activist associations are growing enormously, there is still a long way to go.

Map of LGBT rights in the world

Equalitarian marriage in the world

LGBT rights in the world

Visit homophobic countries: YES or NO?

Escape from Technology: When you need to disconnect

How to organize a road trip

All the life on your shoulders: how to travel light

This site uses Akismet to reduce spam. Learn how your comment data is processed .